Sergio Oliva is a professional bodybuilder of Cuban descent, three-time winner and five-time winner of Mr Olympia (from 1967 to 1969 – took 1st place; in 1970 and 1972 – was 2nd). For his anthropometric indicators, which seemed unattainable for competitors and unrealistic for humans, among bodybuilders and fans, he was given the nickname “The Myth”.

Many believe that Sergio Oliva was destined to become, if not a bodybuilding star, then a sport for sure. The great champion stood out from his peers from a young age, being larger and taller than most of them.

It is symbolic that bodybuilder Sergio Oliva was born on the Independence Day of the United States (July 4, 1941) on the “Island of Liberty”. This is what Cuba is unofficially called in the United States. Perhaps this is why diligence and independence became his key qualities as an athlete.

But Sergio Oliva’s life was not easy: when in 1959 the radical opposition led by Fidel Castro came to power in his homeland, Sergio, being a promising 18-year-old weightlifter, realized that staying at home would not reach the top of the sports world. Many Cubans, fearing for their lives during and after the coup, tried to flee to the United States. In search of a better destiny, Oliva decided to follow their example.

Such a chance was presented to the athlete in 1961. While playing for the Cuban national team at the Central American and Caribbean Games (CACGs) in Kingston (Jamaica), Sergio came up with a plan to get away from the guards and get into the American embassy: he waited for the observers on duty at the hotel to be distracted, and sneaked out of the room unnoticed. Having received political asylum in the United States, Oliva said goodbye to his home forever.

Sergio Oliva’s bodybuilding career began in 1963. Moving from Miami, where he originally settled, to Chicago, where the prospects seemed more lucrative, he was fortunate enough to meet Bob Gajda. Gajda was then considered one of the best bodybuilders not only in Chicago, but throughout Illinois. Seeing the incredible physical potential in Oliva, he willingly took him under his wing.

As expected, thanks to the guidance of a qualified mentor and through systematic training, the bodybuilder Sergio Oliva progressed rapidly. Witnesses claimed that his muscles were growing by leaps and bounds.

Not surprisingly, the results were not long in coming: the first serious victory for Sergio Oliva in bodybuilding happened at the end of 1963 – the title of Mr Chicago was won. This was followed by the title of Mr Illinois in 1964. These achievements forced competitors to reckon with the 23-year-old athlete and soon his name was already put on a par with the giants of the time, from Chuck Sipes to Larry Scott.

Subsequent competitions and awards from 1964 to 1966 allowed Oliva to go from amateur to professional. His path to the IFBB began in 1966 and immediately with loud victories – the titles Mr World and Mr Universe were won in a row. But at Mr Olympia 1966 Sergio was only fourth, which upset him, but added motivation to train harder.

And in 1967, Sergio Oliva wins for the first time at Mr Olympia. And then, – in 1968 and 1969, it triples its triumph. In 1969, he even bypasses the young Arnold Schwarzenegger (this is Arnold’s first and last defeat at Mr Olympia).

Then comes the era of Schwarzenegger, during which the Austrian is not inferior to anyone and never. Therefore, the results of the Cuban Oliva are gradually declining: several not so significant victories in competitions from NABBA, WBBG and WABBA, plus 2 second places and 2 eighth places at Mr Olympia in 1970, 1972, 1984 and 1985, respectively.

“The Myth” does not compete in the seventies and eighties with Schwarzenegger, Columbu, Zane and Haney. The years are not the same, after all, the athlete is far from 20 years old, and there is not enough motivation to fight for the awards that he once won.

As a result: Sergio Oliva ended his professional career in 1985, but did not give up bodybuilding, but switched to coaching. A glorious path for an athlete, however, some “experts” believe that Sergio should have left at its peak after the arrival of Schwarzenegger. We are of a different opinion. And who are they to judge Oliva!

It’s sad that the great champion is not with us today. Sergio Oliva passed away on November 12, 2012. The cause of death is renal failure. He was 72 years old. 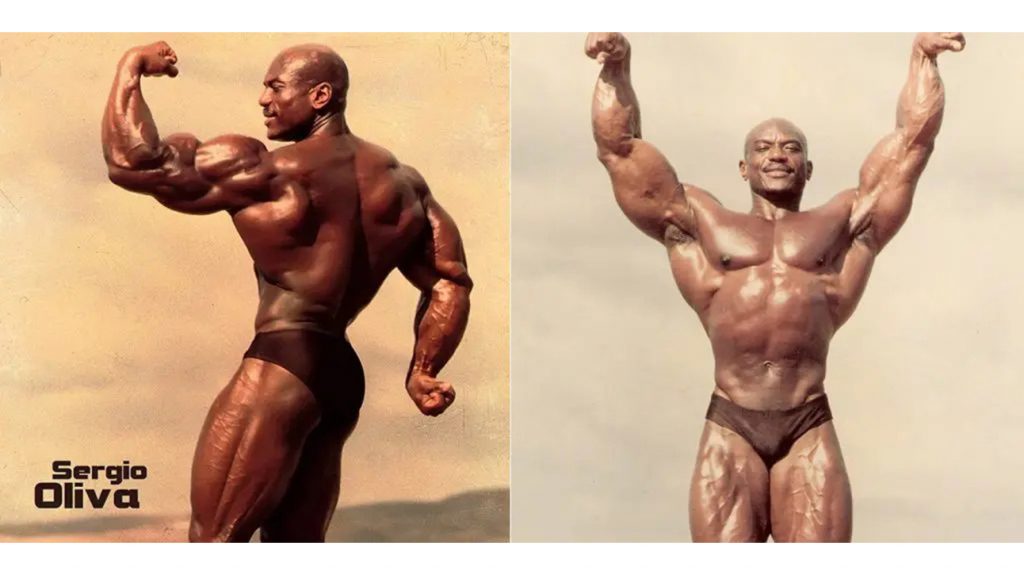 Sergio Oliva’s sports career was really long. In total, at the amateur and professional level in bodybuilding, he competed from 1965 to 1985, having won over 20 titles. Here are just the prizes and titles that he received at tournaments from the International Federation of BodyBuilding and Fitness (IFBB):

Interestingly, professional bodybuilder Sergio Oliva has served as an officer in the Chicago police for over 25 years. In 1986, he survived five gunshot wounds. But it was not some bandit who shot him, but the then wife of Arlene Garrett. What caused the quarrel in the family and the subsequent shooting – history is silent.

The son of the great champion, Sergio Oliva Jr, followed in his father’s footsteps. He is also a Chicago bodybuilder, but not as famous and famous as “Elder”.

Sergio ‘The Myth’ Oliva even acted in films, even if he did not find fame, like Arnold ‘The Terminator’ Schwarzenegger. As a guest star, the bodybuilder can be seen in the Mexican film El Poder Negro. There was another film, Los Temibles. Moreover, both are devoted to the topic of wrestling (show, not wrestling).

We were not personally acquainted with the eminent champion, therefore, you yourself understand, the information on workouts may not correspond to reality. But it is taken from sources that are generally trusted in the sports community. 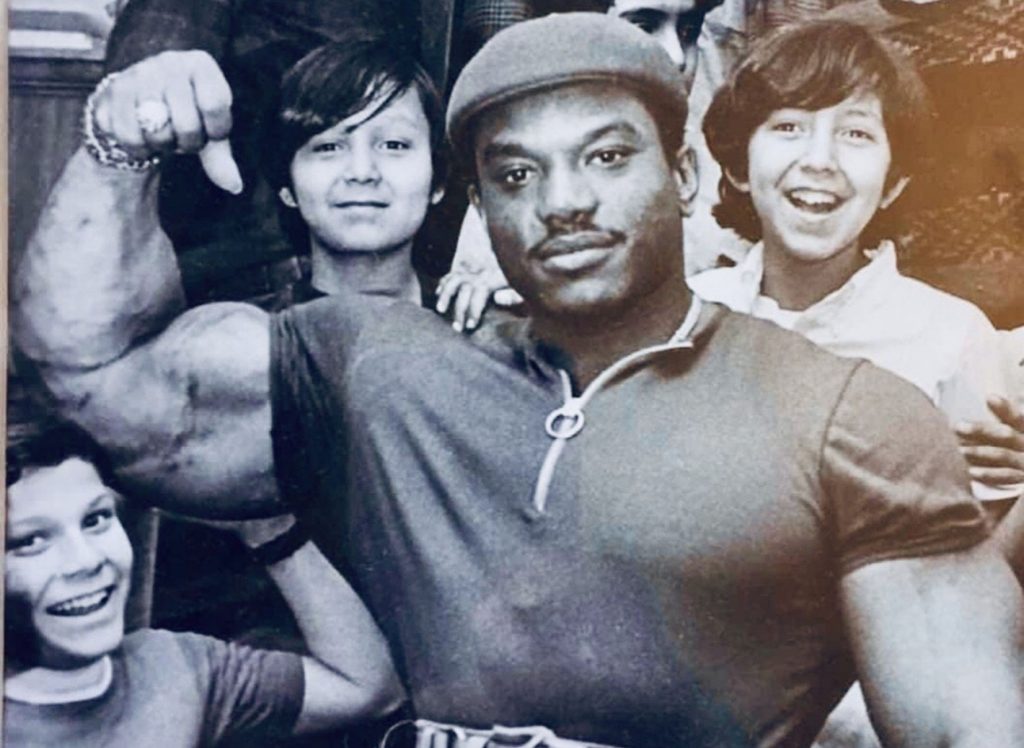 Was Sergio Oliva on Steroids?

Like most bodybuilders past and present, Sergio Oliva never officially admitted to taking steroids. There were a few interviews with the athlete’s revelations, but there is little specifics in them.

However, not recognizing and not accepting are two different things. Moreover, from the early 60s to the late 70s, anabolic steroids in the United States were not only widespread, but massive. It was then that a variety of drugs began to appear in the United States: Methandienone, Stanozolol, Nandrolone, Methenolone, Trenbolone, and Testosterone.

What Steroids Did Sergio Oliva Use?

One can only judge by rare rumors and interviews themselves, according to which the bodybuilder preferred to use Methandienone, Nandrolone and Testosterone. The dosages in which doping was then used do not go in comparison with modern dosages. It is unlikely that the athlete exceeded the following dosages: Methandienone 25 mg per day, Nandrolone 200 mg per week, Testosterone Enanthate 375 mg per week.

The assumption that every champion of Mr Olympia, from Larry Scott to Phillip Heath, used doping to prepare for the competition, is close to the truth. But while anabolic steroids are banned, none of them will share their own secrets. The World Anti-Doping Agency (WADA) tried to make athletes afraid to even think about steroids.