How to Increase Vascularity: 6 Best Ways to Improve Blood Flow

Increased vascularity distinguishes an experienced bodybuilder from less experienced gym partners. This is an indicator that characterizes the fullness of the veins with blood. I think no one will dispute the fact that the formed venous network will create an impressive impression, and by it one can judge the level of an athlete’s training. If you want to improve the degree of vascularity, this article is for you, as in it I will try to highlight the basic techniques that will improve your vein drawing. Below I will give the basic rules, the observance of which will lead you to the desired result.

1. Get Rid of Subcutaneous Fat

This is the most important rule: it is necessary to reduce the level of subcutaneous fat to at least <10%. The fact is that the fatty layer located directly under the skin prevents the visibility of what is under it (this includes both the drawing of the muscles and the direct visibility of the veins). Therefore, the first and most important step to getting the desired appearance is exactly fat burning. The lower the percentage of subcutaneous fat, the better the veins are visible. Of course, the issue of genetics is also very important: there are people whose veins are visible better with a higher percentage of fat, and vice versa, but the rule “less subcutaneous fat – more drawing” will always apply.

After reducing the percentage of body fat, the next important step is to increase muscle mass. This is done for the following reasons: firstly, the more muscle mass in the body, the correspondingly less fat will be (referring to the first point). Secondly, more muscle volume requires more blood flow to muscle tissues to supply them with useful substances. As a consequence, we see that more muscles lead to more vascularity and, accordingly, a more professional look (in terms of bodybuilding as a profession).

3. Get Rid of Excess Water in The Body

If you need to temporarily increase vascularity, then it makes sense to skip water-retention foods and supplements, such as salt and creatine. There is not only fat under the skin, but also water. Its excessive presence in the cells reduces the visibility of veins and the relief of the body. In this case, some athletes try to remove water from the body in various ways, from cardio to taking diuretics. There will be a separate item about cardio, and I would recommend refraining from using diuretics (diuretics).

Muscle pump is very important if you want more defined veins. Pumping refers to pumping blood into your muscles by doing high-rep style exercises with minimal rest between sets. Then more blood and more nutrients will flow to the muscle tissues. This point is suitable for both short-term increases in vascularity, and in general to increase it (although in the long term it will take much longer to see results).

At this point, I also want to include posing (bodybuilding poses). The point lies in additional contraction and tension of the muscles, which contributes to a greater supply of blood to the strained muscle. Due to this, the time spent by the muscle under load increases, which leads to its greater stimulation. In addition, muscle fascia stretches (you can read about this in the article on our website about FST7 training) and, as I already noted, pumping increases.

It is necessary to pay more attention to performing cardio loads. They not only help burn fat, but they also help dilate blood vessels and improve blood flow to muscles. Cardio can be done at the beginning of a workout for 5-10 minutes as a warm-up. Can be done at the end of a workout for 10-25 minutes, to improve fat burning, or regardless of training, for 20-30 minutes 2-3 times a week.

Start taking sports nutrition that helps improve pumping, namely nitric oxide (NO) donors. After taking them, the blood vessels dilate slightly, due to which circulation is improved, as a result, more blood flows to the muscles.

In this article, I have indicated the direction in which to move if you want to increase vascularity. Remember, they become more noticeable in men with less than 10% body fat and less than 20% in women. Apply the principles outlined in this article and you will certainly achieve the desired result. 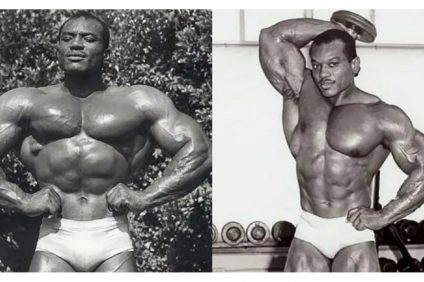